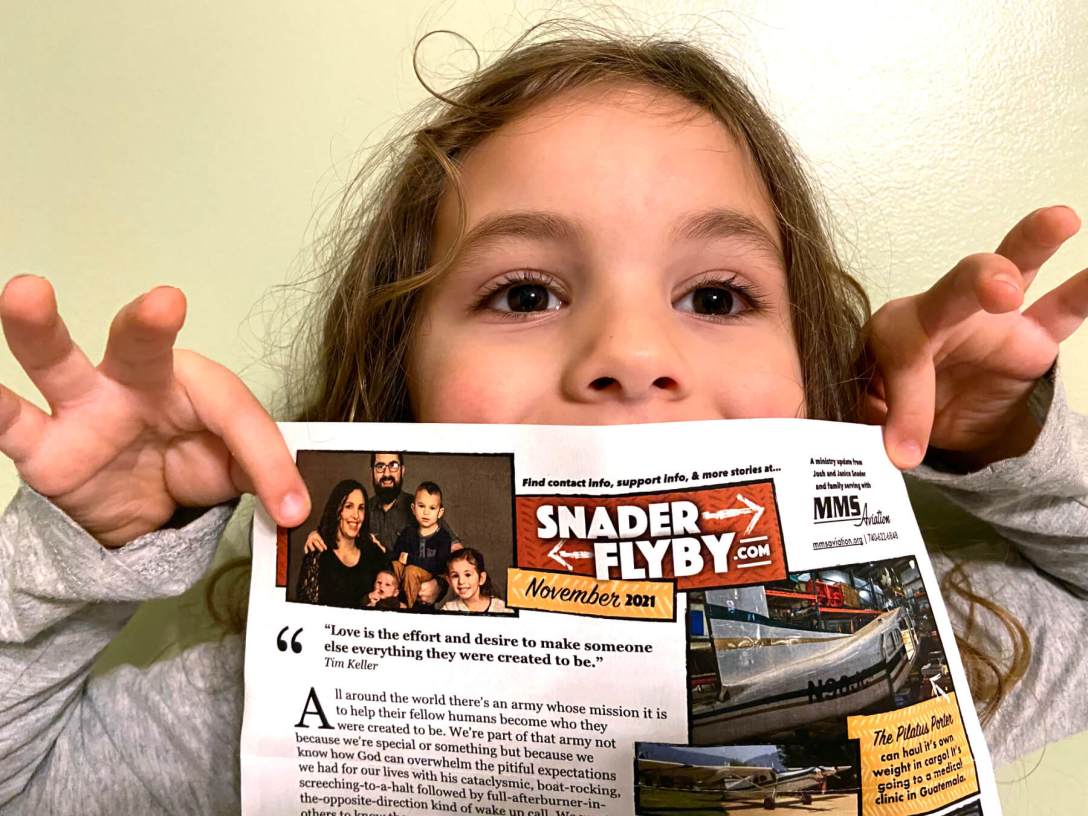 All around the world there’s an army whose mission it is to help their fellow humans become who they were created to be. We’re part of that army not because we’re special or something but because we know how God can overwhelm the pitiful expectations we had for our lives with his cataclysmic, boat-rocking, screeching-to-a-halt followed by full-afterburner-in-the-opposite-direction kind of wake up call. We want others to know the same can happen to them.

“I have big plans for you and this isn’t it. Follow me,” God whispers in your ear one day. It’s as if God is saying “I dare you.” And your soul soars as the hope that you’re meant for something more is no longer wistful thinking but actually becomes a supernatural directive. That’s the message of love that God asks us to take to the world: “Jesus died so you can be everything you were created to be.”

Everyone who has been created needs to know who they were created to be. But telling people they’re important is one thing, showing them they’re important is something else. This army has soldiers in different arenas of battle doing just that; volunteering at pregnancy crisis centers, pursuing forgotten children through adoption, or toiling among a remote tribe whose name no one can pronounce. They are all over the world exerting lots of effort to make someone else everything they were created to be, and in the process, they themselves are becoming who they were created to be. Our family’s particular mission here at MMS Aviation is by no means the most important one, but it’s the job we’ve been assigned. We weren’t expecting to be doing this airplane thing but we’re finding out that it fits us. That doesn’t mean we have no bad days but through it all God helps us be who we’re meant to be.

These last few months I’ve been working on a Pilatus Porter (which will serve in Guatemala), an Airbus AS350 B2 (a helicopter that will serve in Africa), an Aerostar (a twin engine serving Haiti) and a King Air 200 (which serves in an outreach program to Chinese populations in America). Each one of these ministries are being better equipped to help others become who they were created to be. Thank you for praying and supporting us as we enable this army to pursue people to the ends of the earth with the Good News of the Gospel. Your love is evident to us because you’re allowing us to pursue what God has created us to be. Thank you!

Obviously the big news in our family is the birth of our third child, Oliver Quinn Snader. He was born on October 30 at 4:04pm (two days late), weighed 8 lbs, 1.8 oz, and measured 20 1/4” long. Adi and Elliot can’t get enough of him. In fact, Elliot will wake Oliver up because he’s squeezing his cheeks and saying “Squeak! Squeak! Squeak!” We have lots to be thankful for in this season of Thanksgiving!

Janice turned 34 years old on November 14, two weeks after Oliver was born. Janice and Oliver are both doing well although Oliver is a hungry boy which makes Janice a tired mommy. I was the third child just like Oliver is. My mom said all I did was sleep and eat. It seems like Oliver has the same aspirations. There’s so many things that can go wrong with the intricate miracle of birth and we’re grateful that everything went well. Thank you to everyone for your prayers and meals and thoughtful well wishes!

I’m already calling Oliver Elliot and Elliot Oliver. It’s very confusing for everyone involved and it gets even worse in emergencies. I calmly jump up and down, wave my arms, and frantically stammer out vowels until the wrong name finally pops out. I frantically correct it with another wrong name. When I’m done yelling I have the whole family’s attention. Welcome to the family Elliot. Er, I mean Oliver. It seems that my children are beginning to outnumber my brain cells.

While I’m feeling dumber, Elliot has been growing smarter and asking more questions. Granted, sometimes the questions aren’t that intelligent. The other day Janice was playing piano and Elliot comes running over, loudly yelling, “Mommy! Mommy! Mommy!” Janice reluctantly stops playing and asks Elliot what he wants. “Mommy, Mommy, Uh… whatcha doing Mommy?” He asks that question a thousand times a day. Praise the Lord for a wife with a lot of patience. Pray that she could have just a little more!

Adi has been excitedly waiting for winter and this last week she finally got to run out and catch some snowflakes in her mouth. She was quite happy about that until she became cold. “Daddy, I don’t like the cold. My fingers are tingly.” she said. Well, maybe in heaven we can play in snow without getting cold but it’s not quite possible here on this planet. She has a long winter ahead of her! So does Janice because the falling snow caused Christmas music to be played loudly throughout the house. “It’s not even Thanksgiving yet!” She protested. It’s too late. The Christmas spirit’s been ignited and won’t fade until New Years.

We’re very happy to have Grandma Detweiler visiting for two weeks. We’re aware that sometime next year, Lord willing, we’ll be moving far away and so time together is a precious commodity. It’s also nice to have an extra set of experienced hands around the house!

My name is Josh. I’m married to a beautiful woman named Janice and we have two kids: Adi (oldest) & Elliot (our youngest) with one more on the way! I’m serving at MMS Aviation fixing missionary airplanes while getting the experience I need to serve on the front lines of the Great Commission. Airplanes get missionaries where no one else will go! Because our family is faith supported, I can donate my time to the mission organizations we serve in the hangar. But this blog really isn’t about airplanes. It’s about our little family and how God is patiently teaching us to be more like Him wherever in the world we may find ourselves. View all posts by Josh Snader

Once again I realized that, in theory I know how birth works, but I still have trouble believing it does.… END_OF_DOCUMENT_TOKEN_TO_BE_REPLACED

Close, But No Baby.

Janice recovers from COVID and almost has a baby. I work on a Porter and get some help changing a tire on a King Air.… END_OF_DOCUMENT_TOKEN_TO_BE_REPLACED

Dissolving Steel Out of Aluminum with Alum Powder

This apparently comes from an old watchmaker’s trick. They frequently break steel screws in brass and they use this method to dissolve the screw out of the brass.… END_OF_DOCUMENT_TOKEN_TO_BE_REPLACED

Lest by Her Continual Coming She Wearies Me

There’s a real possibility that by six years of age my kids will realize they’re smarter than me and will move out on their own.… END_OF_DOCUMENT_TOKEN_TO_BE_REPLACED

You don’t need airplanes to be a missionary. But when you do, it’s a lifeline for your ministry!… END_OF_DOCUMENT_TOKEN_TO_BE_REPLACED

Sometimes when you’re working in the hangar on airplanes, it’s easy to forget what work the airplanes actually do out in the real world. Here are two examples of how some projects that I had the opportunity to work on are serving the Kingdom right now!… END_OF_DOCUMENT_TOKEN_TO_BE_REPLACED

Something went wrong. Please refresh the page and/or try again.