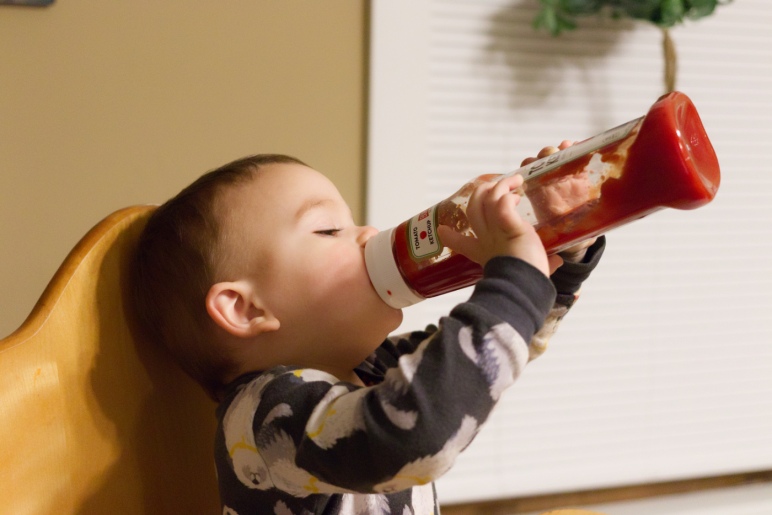 Sometimes God convicts me when I least expect it. This happened to me the other day. We were giving the children their bedtime snack which is typically just microwaved hotdogs. Now I know what you’re thinking, “Hotdogs! Those things are filled with sodium, chicken livers, dog intestines, nitrates, and pesticides. That’s probably what God convicted you about, right? Feeding your children hotdogs?” No, not really. Here’s the thing: I consider hotdogs a form of inoculation against food poisoning. Sure you can raise your children in a bubble of locally grown, organic, dye free, gluten free produce grown in a hermitically sealed greenhouse that keeps out even cow farts but then as soon as they stumble across a kid at school eating a Twinkie, they’ll blow up like a puffer fish, get rashes, and come home crying because they can never leave the house again. Giving them a daily dose of hotdog keeps their immune system all trigger happy, stockpiling white blood cells, and cleaning its arsenal of antibody artillery. That, or hotdogs are cheap, quick to make, and the kids like them. One of those things is definitely true.

So anyway, the other day it was about bedtime. I grabbed the hotdogs out of the fridge. “Adi! Elliot! You want hotdogs?”

Elliot comes running out of the living room. “Hut DAWG!” he yells to no-one in particular. While Adi is typically quiet and thoughtful and moves like a glacier from one emotional state to another, Elliot can’t even mention his favorite snack without bursting with excitement. His emotions are like a cannonball shot into a racquetball court. They both sit down at the table and I slap the meat tubes into bowls and squirt a pile of ketchup beside them. The ketchup bottle farts and both kids laugh. I laugh too, but only at the kids. I’d never laugh at fart noises, that’s very immature. Adi and Elliot start to dig into their rations. Who needs pets when you have children? Children are just as messy, just as cute, and they’ll take care of you when you’re old.

One time I witnessed a very wise father who opened a pack of gummy candies, took two, and said, “Gotta pay your taxes.” What a learning opportunity! I have incorporated candy taxes into my parenting strategy. On this occasion, however, I decided to take some of Adi’s ketchup because the hotdog I made for myself tasted like it was made out of sodium, chicken livers, dog intestines, nitrates, and pesticides. The best way to cover up hotdog taste is by literally covering it with corn syrup, red dye, and a little bit of tomato juice. It’s a substance commonly called ketchup.

“Adi, can I have some ketchup?” It was a rhetorical question since I had already dipped my hotdog into her pile of ketchup. After several more dips Adi became concerned that I was going to deplete her supply. “Stop daddy!” she said. I laughed to myself. What a silly child. If I take all of it, I’ll just give you more. I have a Mega Bonus Family Bottle in the fridge. We could eat ketchup for a week straight if we wanted.

Suddenly a thought hit me out of nowhere. God was saying the same thing to me. “How often have I asked you to share your money with me and you didn’t want to because you were afraid you’d run out of it? Don’t you know I have all of heavenly storehouses full of treasure at my disposal? Don’t worry. If I take all your money I’ll simply give you more.”

Who knew ketchup could be so convicting?

2 thoughts on “The Ketchup Conviction”