Ah… Where to start? It’s been a long while since this was updated. I had good intentions but in typical fashion my intentions were not as strong as the urge to sleep, as urgent as my need to file 2017 taxes, or as loud as Adilene’s crying last night.

Not that I need excuses, I’m an exceptional procrastinator. One time in high school I had to give an instructional speech in Speech Class. I was at a loss as to what to talk about even as I was sitting in class listening to others give their speeches on various topics. How to brush a horse, how to change your oil, how to do accounting. Yawn. My name was called and I had an inspiration as I was walking up to the front of the classroom. “Today,” I said, “I’m going to teach you how to procrastinate.” I forget the finer details of my inspiring speech but I remember ending it by saying, “And to prove I know what I’m talking about, I didn’t come up with this speech until five minutes ago.” If Dr. Burkholder (my English teacher) could kill with only a glance, I would have been incinerated on the spot. It so shook me that I never tried a stunt like that again (in English class, anyway).

But that’s besides the point, isn’t it?

We were in Pennsylvania from February 14 to March 30th (a Friday) helping out at my brother-in-law’s hatchery. He had a contract with Tractor Supply Co. sending them chicks for their “Chick Days” which meant he needed some additional help. Tractor Supply almost doubled the amount of chicks he need to box up. I think that, in my head at least, I quit ten times in the first week. No way am I doing this again! But after a month I was like, eh, this job is all right. I got in the groove of things and learned what to expect.

On February 28, we celebrated Adilene’s 1st birthday!  She celebrated by smashing her cake with her tiny fists and shoving handfuls of sugar laden celebration into her mouth (and up her nose, on occasion). She enjoyed it immensely! Her cousins, who are experienced birthday party goers, egged her on and showed her the finer points of making an absolute mess. Thanks to Aunt Erleen for the beautiful (and tasty) birthday cake!

It was enjoyable seeing all my friends and family again but Pennsylvania no longer feels like home. Maybe that was because we were living in someone’s basement and that tends to make you feel a little displaced and homeless. Our family was definitely ready to live in our own little house house on the prairie once again! Once you move far away, it’s tough to ever be “home” again. Whenever you’re visiting original home, you’re missing people from your actual home. And whenever you’re at your actual home, you’re missing people from original home. You end up always missing somebody from somewhere and you can never be with everyone you care abut all at once ever again (except maybe at your wedding or funeral).

One Sunday afternoon my friends and I abandoned our wives and drove to the National Air & Space Museum. That might sound a little cruel but trust me, wives handle Air & Space museums as well as husbands handle shoe shopping. I could’ve set up a tent and lived there for multiple weeks. It was awesome! Among a few cool items: The Endeavor Space Shuttle, The Enola Gay (that dropped the atomic bombs on Hiroshima and Nagasaki), and Hitler’s secret stealth plane that the Allied forces uncovered while sweeping through Europe following Hitler’s retreat. I think my absolute favorite era of aircraft is World War II. The advances made during that time are incredible (and mysterious – we still don’t know everything about some of the secret projects that the Nazi’s were working on).

Time flies when you’re having fun.

We were planning on coming home on March 29th (a Thursday) but Lisa, Art’s wife, went and had a baby on Wednesday evening and we couldn’t just go home without hanging out one more day with the new little Detweiler baby. Say hello to little Darci Elaine Detweiler! She weighs 7 lbs 2oz and was 21 inches long (and yes, I had to look that up on Lisa’s Facebook page because I had no idea).

We got home on Friday evening and our house was still standing, which was nice. We had recruited a responsible young woman, Eva Chupp, to house sit while we’re gone so the house didn’t get all lonely and robbed (Thanks, Eva!) While we were in PA, Goshen (the town where we live in Indiana) had some record flooding and the mayor had called a state of emergency. Of course, I don’t think anyone died or it was even that horrific, but for our small town it was a historic event. It actually may have helped clean the town because all the garbage in the Goshen literally floated down river to the next town. Our local Kroger grocery store was shut down indefinitely due to flood damage. I was half worried we would have alligators living in the basement or something when we got home and Eva was just too scared to tell us that something bad happened. No alligators but the humidifier needed to be emptied. Here’s some pictures of the “historic” Goshen flood (courtesy of Goshen News):

My boss, Elmer, was happy to see me too, which was a good thing. I do estimates for an Amish guy who does horizontal directional drilling. Basically we drill holes sideways in the ground and then fill the holes with pipes and other useful things. My job is wander around with a measuring wheel and a pencil in my teeth muttering calculations while convincing the customer I know what I’m doing. Then I give both the customer and my boss a written estimate and a sketched map of the proposed job. This helps my boss and the customer be on these same page. Elmer had agreed to let me take off for 12 weeks when he hired me because spring is traditionally a slow time for him. This year, however, he was swamped just as I left. I was half expecting him to find someone else to do the estimates while I was gone but he said couldn’t find anyone he liked. Apparently they aren’t as good at pretending to be smart as me. He also said they “complained” a lot. Elmer said he had two months of work anyway so he’d just wait until I get back to do more estimates. I can’t complain about my boss.

Soon after we were back, my wife commented that she needed to buy more groceries. I muttered in agreement. The fridge did look a little sparse. A week later my wife informed me that she bought 160 lbs of butter, which comes out to about $404. Now I know why I’m always fat and poor. You may be scratching your head and jumping on the table in disbelief like I was but as it turns out, it’s not so terrible. There is a large milk producer co-op in Michigan about an hour away. They make the “best” butter money can buy (according to my wife). It’s actually a few cents cheaper per pound than the vastly inferior commercial stuff they sell at supermarkets (not worth the time and energy, in my opinion). The only catch to buying butter this way is that you have to buy it in 50 lb blocks. You may notice that we bought 160 lbs which is more than one block. In fact – it’s three whole 20″ cubes of butter. You know you bought a lot of butter when you put the butter in your trunk and your car suspension sags. Why do we need so much butter? Believe it or not, I asked my wife the same question. The Detweiler’s have a strange way of doing things sometimes. For example, my mother-in-law broke the kitchen table by attempting to butcher a literal half cow on it. I pointed out that kitchen tables are not designed to hold the weight of half a heifer. But back to the butter: Janice’s side of the family all loves this butter so much that when, say a wedding or funeral comes along, they go to the bother of getting their relatives who live closest to the butter plant (us) to buy this butter in bulk, chop it up into smaller blocks, and bring it to the wedding or funeral, and distribute it among the relatives. Each relative hands over a check for their portion. Ideally, when it’s all over, the checks we collected amount to more than the butter actually cost (but don’t tell my relatives that). It’s sort of like drug dealing, except it’s legal, I think.

We couldn’t help but bring three more chickens home with us. They say that once you get a few chickens, suddenly more appear in the coop and before you know it you’re a chicken farmer. This is called “Chicken Math.” That may be true. Another way to put it is that chickens are the gateway drug to farming. At any rate, we don’t have the room to start a farm but that doesn’t stop us from trying. These chicks will lay blue & green eggs though, so that’s pretty cool. I am planning on building a sweet chicken “tractor” for them. A chicken tractor is simply a movable coop. The idea is that the chickens don’t kill all the grass but neither do they get out and eat all my wife’s plants. However, a cool chicken tractor takes time and nice weather to build. It’s been snowing outside (in April! Grrr!) and I’ve been busy with taxes and all manner of important things so no chicken tractor has been constructed. This means that our three week old chicks are currently housed in a red wagon in the dining room. For the first two weeks we had them in a cardboard box and that worked just fine. Then they got bigger and I put them in a bigger red wagon which was parked in a corner of the dining room. However in the last week our chicks have learned to spread their wings and fly, in a literal fashion. They now free range over a small portion of the downstairs and occasionally drop little bombs on the carpet. Janice is suddenly very interested in my chicken tractor plans. She claims they are too “complicated” and I should do something more “reasonable” that takes less time to build. Strange. She never cared much about my chicken projects before.

That’s about all I can think of that’s worth mentioning. I probably missed something really important and my wife will remind me so maybe more blog posts will appear later (and not necessarily in chronological order).

We have 10% of our support goal of $5,300 a month (as of 4/17/18). We have a long way to go but it’s good to stop and be thankful for each milestone. Thanks so much to ya’ll who took the initiative to become part of what God is doing in our lives. If you’re interested in becoming a supporter, find more info here. 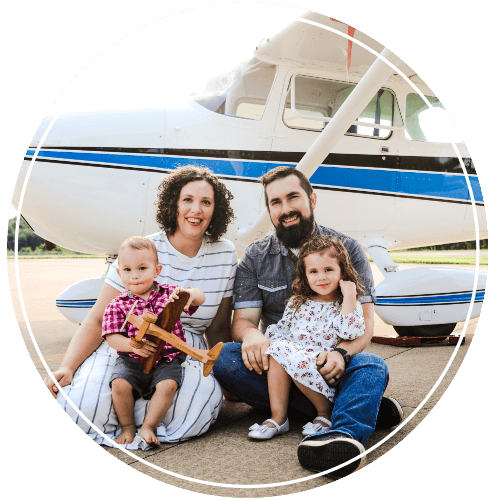 We’re fixing airplanes because the Gospel is too important to let geological barriers stop it from saving every lost soul.

That’s why we’re serving as an apprentice family at MMS Aviation in Coshocton, Ohio fixing real life missionary airplanes while getting the training we need to join a mission aviation organization and propel the Gospel into hard-to-reach areas. 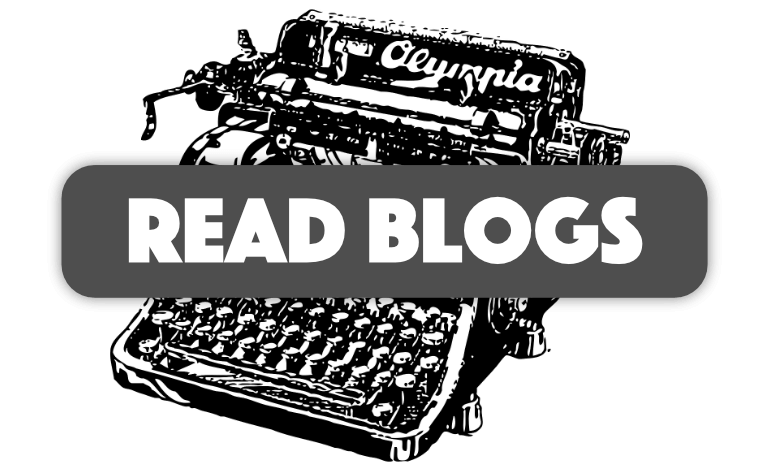 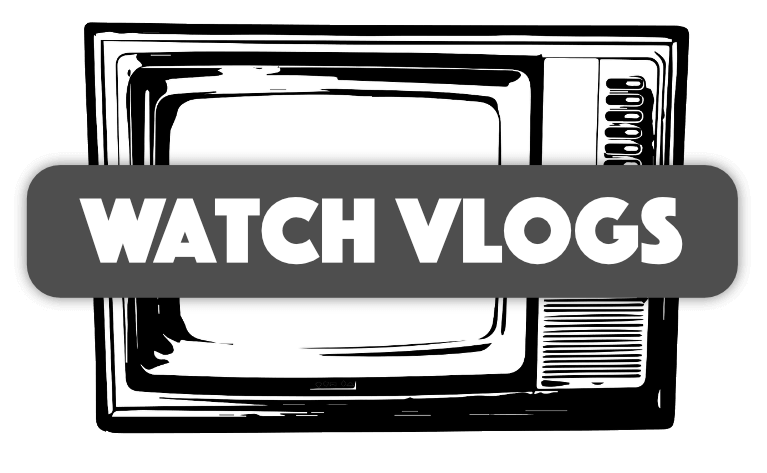