Technology has shortened our attention span. In fact, at this point, we’re even too busy to utter words more than two syllables long. Like, serious, no one’s got time for that.

When you talk to someone, you’re competing with their cell phone. Let’s say you meet an old friend in a coffee shop. You’re like “Hello, how are you?” Your friend is yawning already. You’ve exhausted his attention span in just your greeting. You should has just said, “sup?” Or maybe if he’s a super close friend you could  say “Sup, bro?” But it’s too late because his other friend, who has just texted him, has already pulled him into an engaging conversation and he no longer has the capacity to pay attention to you. Conversation with you is like chewing on birch trees. Conversation with his texting friend is like slurping a bowl of Fruity Pebbles soaked in Monster energy drink. It’s absorbed faster into the bloodstream.

Around the world there are missionaries giving up their lives to translate the Bible into the native languages of tribes and people groups so they can understand the life filled word of God.

Meanwhile in America we’re like, “OMG I tried to read the Bible but it literally, like, LOL cause the words are so retro, it’s cray-cray. But like then, I’m jelly of my peeps who are better at loving on Jesus than me.”

I’m like, “Maybe I should smack you over the head with a dictionary until some of the words are absorbed through your skull.” But then I think to myself, “No, that’s probably illegal and it’s not very Christian” so then I shake my head and move on. Plus, I’m not sure the science holds out.

Words take too long. Of course, pilots must think so as well. They use acronyms for everything. So maybe I should stop whining and start learning from the millennial pros in my life. TTYL (Talk To You Later). 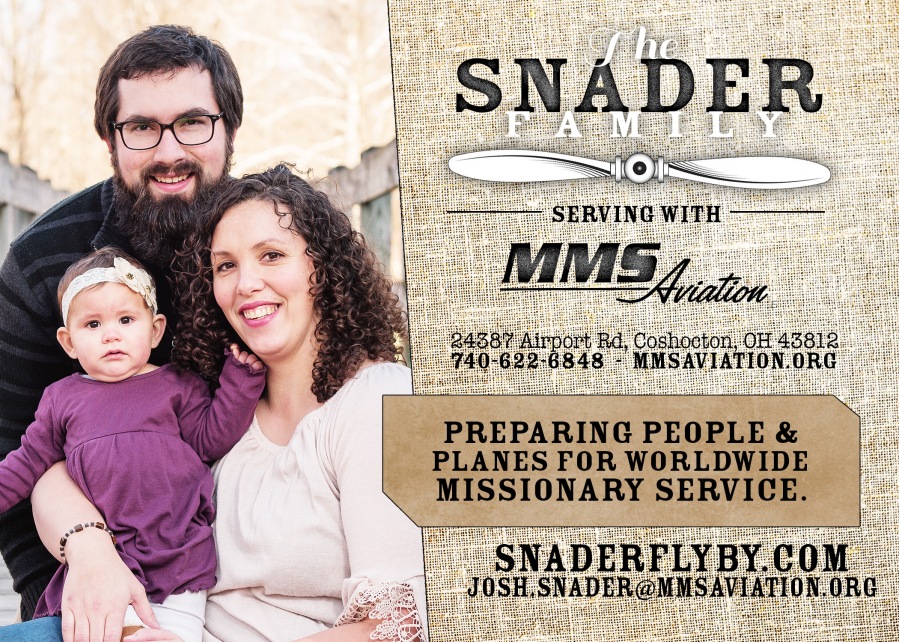 Learn more about what my family and I are doing with MMS Aviation by clicking here.

Here’s a four minute intro to our family…